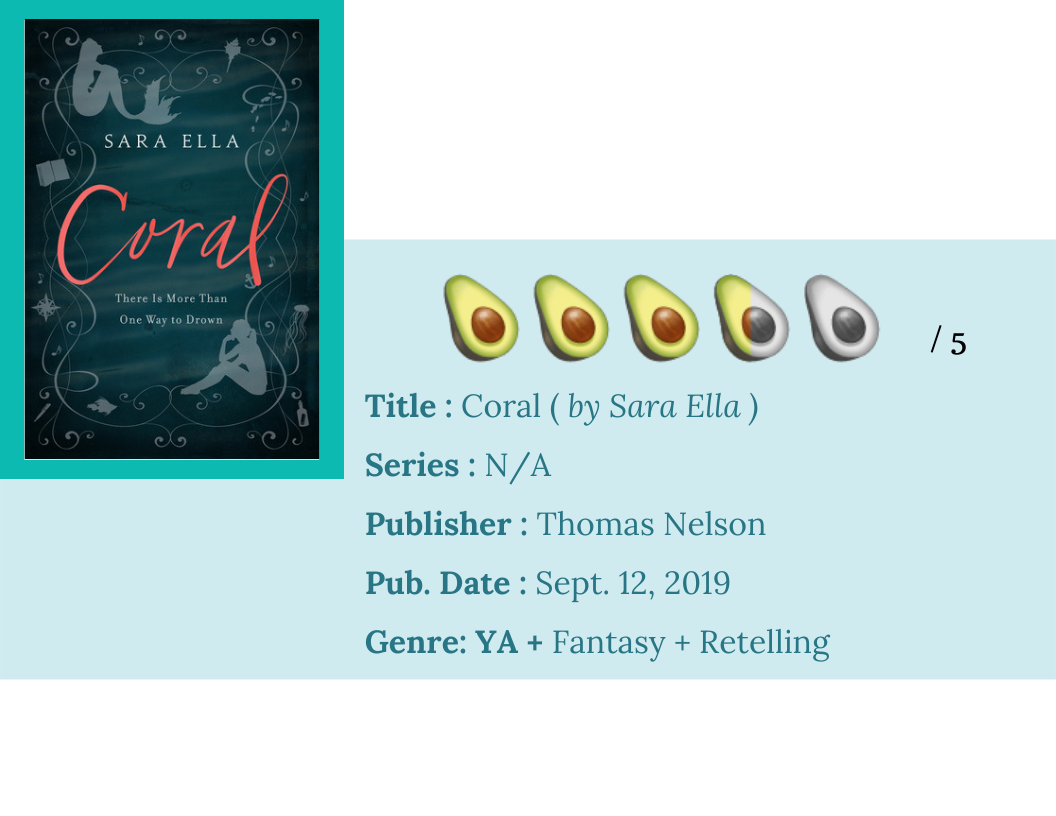 There is more than one way to drown

Today I come to you with a book yeah we know it’s a book that I really loved the premise of; mermaids (and by now we all know that mermaids and pirates are my favourite) and representation of mental health. Have I lost you yet? Well, fair warning, this book is hella dark, and rather triggering – even for someone who loves to read dark novels. But the thing I love the most is that Coral takes the traditional ‘Little Mermaid’ and reversed even more.

In the more traditional Little Mermaid stories, mermaids are depicted as having no souls, but they want souls, and that is what they steal from humans. But Coral takes a twisted story and makes mermaid scared of souls, that emotions are nothing but a disease – a disease to be feared at all costs.

If I am honest, I love the idea of the representation – children who grew up on tales of Ariel and Flounder will be at an age where reading this is natural progression – but this book is almost too much of a not-so-hidden-message. I felt a little bit like I was in my mental-health awareness assembly where the whole school had to sit on the floor for like 2.5 hours, thanks Principal.

There was a lot of really abrupt changes between Ella, Coral and Merrick, and it was really quite jarring. I think that Sara Ella was trying to create suspense between events but all I felt was frustration; just as I was getting somewhere, I had to move on *cough cough* Emma don’t you mean your chemistry class? The end dragged slightly, but I was willing to overlook it.

Overall, I would say that if you can handle dark – and I have to make this clear, I mean really dark – then you might go this way. However, this book stirred a few things in me that I was really quite disturbed by. I wouldn’t go as far as calling it triggering, though. Fans of Sara Ella will be slightly surprised at just how dark this novel is in comparison to her other works, though.