After Ever Happy by Anna Todd 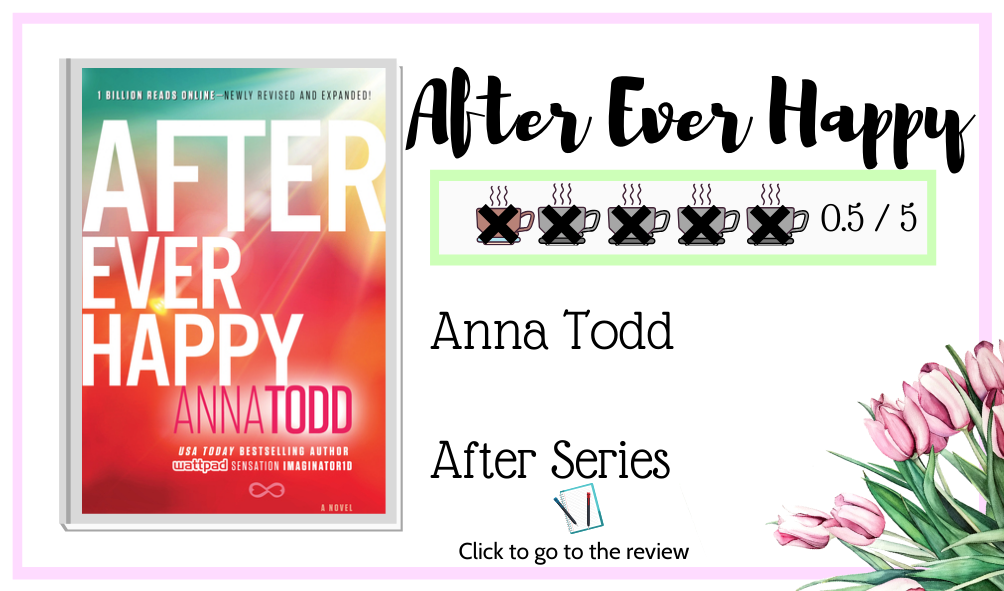 AFTER EVER HAPPY . . . Life will never be the same.

I am reading this book for my own purposes and review. This book was in no way provided to me by the publisher.
I received no compensation for this review.

So. It’s not really a secret that I find the After series . . . worrying, for a lack of a better term. However, there was something about this series that made me read on.

Did I dislike most of this book, if not all of it?
Yes.

Was there too much badly written sex?
Yes.

Did I, a nearly grown woman who somehow shrunk half a centimeter (!!) since last year, continue to read this manipulative story that is way too exposed and promoted to young girls?
Yes.

Why?
Well, I really couldn’t say.

After Ever Happy is the final full instalment to Anna Todd’s million-dollar Wattpad hit series. In this book, we follow Tessa once again trying to ‘fix’ Hardin, or support her, but at a cost of her own emotional and mental well being – physical, too. Multiple times throughout this book, we see Tessa reduced to underage drinking, manipulation tactics, verbal abuse, being placed on an undeserving pedestal, depression, and some may even say mild PTSD-like-symptoms, all for our love-to-hate and hate-to-love character, Hardin Scott.

Hardin has not changed in this book from the first. Maybe the only change is that he is slowly becoming self-aware, but if anything that makes his character worse. Multiple times he tries to manipulate Tessa for sex, physically attacking her friends and family, putting her in danger and showing traits in a young man that makes him seem ‘tortured’ and ‘redeemable’ to the young female audience. The ideal male love interest.

And as for the plot, I mean, I had low expectations – look at the rest of the series – but God, this book disappoints. There is even less plot, but suddenly we are exposed to both the climax and ending of every single character in the series. Molly and Steph? They start kind of being nice to Tessa again. Landon? He moves to New York to go to school and become a full rounded character who gets married. Kim and Vance? They get their happily ever after, with the perfect dramatic tale of why they stayed together. And then we have Hessa. Hardin seemed to both start and finish his book, and get it published, and become a New York Bestseller. Tessa gave up on wanting to go into literature, choosing instead to waitress and become an event planner. They both struggled through Tessa’s sudden infertility and miscarriages before getting married and having two kids. Of course, they never fought anymore at this point, but they were still spit-firey enough to keep the pure sexual tension.

Oh, and did I mention that the last 50 pages or so takes place over about five years? No? Whoops!

I was hoping for so much more from this book. Maybe some final development before slowly letting the story go. Instead, I found myself stuck with pages of nonsensical plot and character redemption, entire character arcs for everyone in the series, and an even more disappointing ending than the series as a whole.

( These are just my opinions and of course everyone is welcome to disagree! I would love to hear your thoughts on Hessa! ) 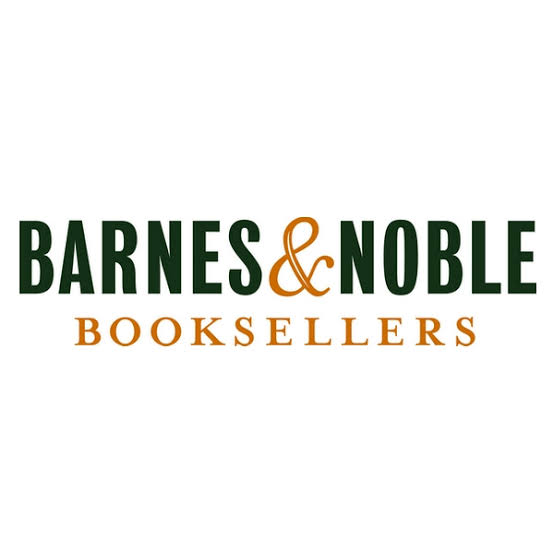