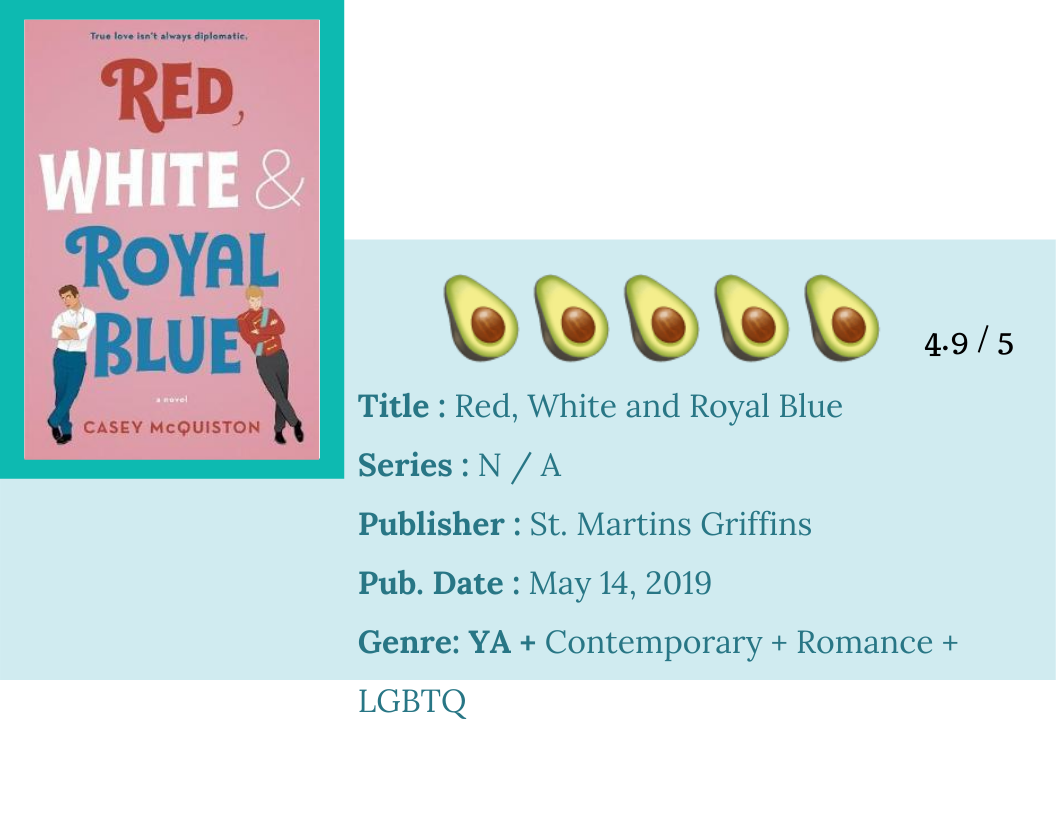 I forced Beth, the wonderful author for today’s post, to read this book and so it was fitting to have her review it too! Beth has been my friend for ages and ages, and so I know you guys will leave some love for her!

Red, White and Royal Blue is the type of book you read and then buy in a hard-cover to display on your prized bookshelf. We all have one. It reminds me of a comfy blanket on a cold winter’s rainy day, the sound of the pouring rain with a cup of hot tea that brings a certain warmth to the soul. No matter how many times you read it you go through the works: tears, smiles, giggles and all.

Having read a fair share of romance novels, ( I swear I’m not lonely ) with underdeveloped characters who have traits that really should send them to a therapist, my standards were albeit low. But to my sweet surprise, I ended up falling in love with the characters as they fell in love with each other. The main characters, Alex and Henry, lived for the characters they were rather than the roll they were supposed to be. Alex was your “straight-but-not” gay, which came through in the story but wasn’t his main character trait. Instead he followed his path of academic success with a great witty sense of humor and fear of turkeys which would lead to a deeper love for Henry. Henry was your typical English prince, impossible not to love. Hello! He’s British! Though he followed his own path, an insomniac with a quick witt who loves running away like a Disney princess.

These characters made the book and path instantly loveable, with a romantic plot that made you feel in love and not question their sanity.

What books did you vote for? Have you read any of the winners?