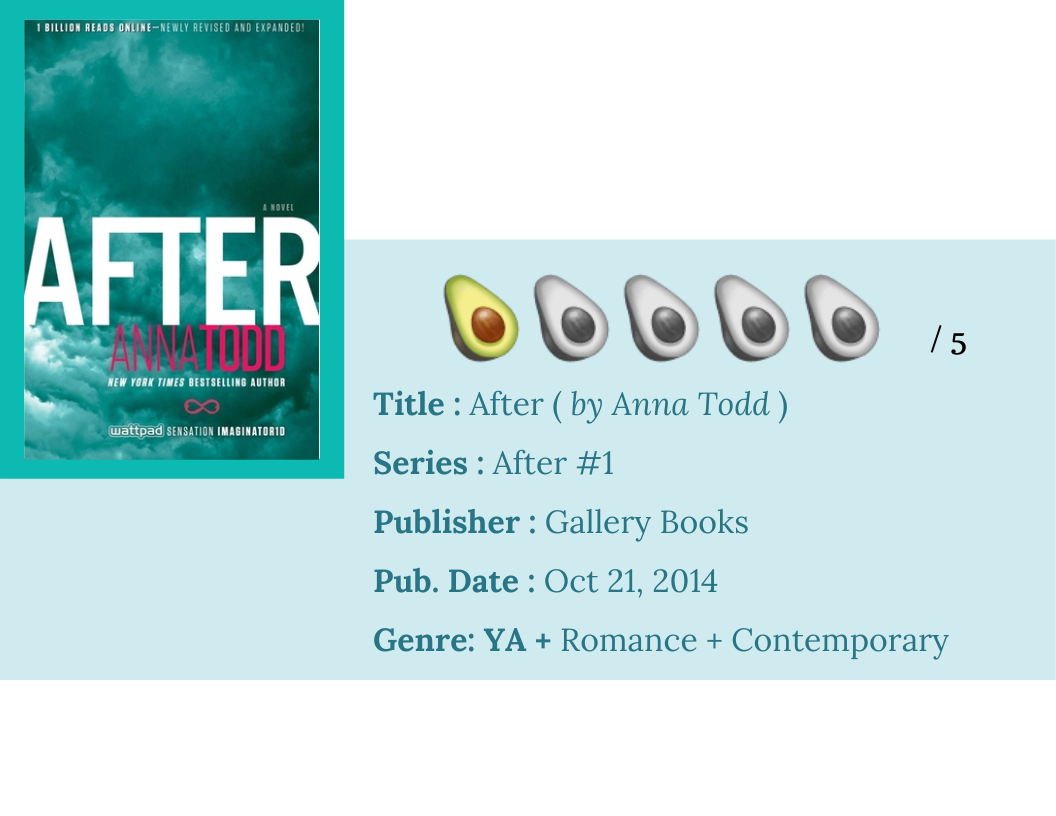 There was the time before Tessa met Hardin, and then there’s everything AFTER.

Fanfiction has been apart of the world for years. And nearly every dissatisfied bookworm has looked for well written Fanfiction to try beat the slump that comes from an ending you had hoped wouldn’t come, or a ship that didn’t become canon, and sometimes even all the smut we never got between characters. Well, fanfiction is not restricted to books, or movies, or even youtubers. No, it also extends to bands and celebrities. And that is exactly what After is. Harry Styles fanfiction that has been published under a new character name of Hardin Scott.

After follows Tessa, the perfect good girl. She has sensible (yet sexy?) clothes and cardigans. She gets good grades and follows the rules her rather overbearing mother sets. But she is Good. And then of course, we have the Bad boy, Hardin Scott. He is rich, cruel and overall an ass. And now, I love the Good Girl and Bad Boy trope as much as the next person, but there are also boundaries between abusive and intense.

I cannot even talk about how much I hate this book. All there is seems to be abuse, sex, fighting, and more sex. And it isn’t even written well.

I read After We Collided, as well, but that is not even worth talking about. Like at all. Come on, guys, this is trash, and now I have had time to think about it, it isn’t even lovable trash. It is just… trash.

I have given it a star because it got written. That’s it.